Joy of music and friendship will keep your attention for 80 minutes of the documentary by award-winning filmmaker and director Scott Balcereck, who has been following Satan and Adam for almost 20 years. American Film Showcase offers another insight in history, society and music of the United States. Streaming of the film will be available from Friday, June 18, 6:00 CET, to Tuesday, June 22, 23:59 CET. Documentary based on two decades of footage records the unlikely friendship between Satan, an ageing blues guitarist, and a student and musician Adam. New York City legend spreading his gospel of freedom was busking on the streets of 1980s Harlem, when joined by a white Jewish Ivy league scholar. They both had to overcome challenges to keep their friendship together. A celebration of the transformative power of music, and the bonds that develop when artists collaborate and worlds collide.

line - on
More about this venue 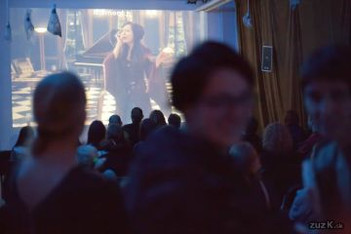