In the autumn of 2021, it was exactly one year since we launched our educational project KineDok School Film Clubs, with which we wanted to offer educators and students a new form of activity that would contribute to students’ media education through screenings of documentary films, discussions with filmmakers and workshops with experts.

The project encourages students to actively participate in organizing film screenings at their schools and thus creating their own film clubs. Documentary films bring inspiring characters, fascinating information and engrossing footage to the audience. All this has the added value of raising questions, emotions and the urgency to think. Therefore, the project KineDok School Film Clubs is intended to promote the creation of an inspiring environment for organizing cultural events and can also help the students in the choice of further studies or careers. “The workshop definitely motivated me to continue participating in the cultural field,” says one of the students, confirming our hypothesis.

The project started in 2020, but due to the pandemic restrictions, most of the screenings and discussions had to be held online. In total, we organized 8 online screenings or discussions where students could see for instance a documentary film Central Bus Station about Tel Aviv’s gigantic bus station and discuss it with its director, a film about a girl who fled Somalia before her arranged marriage Easy Lessons or a documentary film Never Happened, which brings sad news about post-Soviet Slovakia. However, these events have already had a positive response, so we decided to continue the project. At the beginning of 2021, thanks to winning the ČSOB pomáhá regionům (ČSOB helps regions) programme, we were able to extend the project to the students of the Ústí nad Labem region. Currently, the project operates in five schools – Gymnázium Teplice, Gymnázium TGM v Litvínově, Gymnázium Josefa Jungmanna v Litoměřicích, Schola Humanitas v Litvínově and Gymnázium a Střední odborná škola ekonomická v Sedlčanech.

In the fall of 2021, we have organized a total of 8 workshops for schools on three different topics: documentary and propaganda, documentary and fake news and documentary and feminism. For each topic, there was also an appropriately chosen documentary film that the students watched. The first was the film Town of Glory (2019), which uses the story of three generations of homesteaders in the small Russian town of Yelnya to show how the trauma of war persists to this day and how the political propaganda translates into hatred of the “fascist” West. Next the students watched a series of three short films You Never Know (Good News, Home Sleep Home and On the Edge) about fake news by up-and-coming directors from FAMU. Students also watched Women’s Day (2019), which provides a unique look at Russian feminism through the eyes of women born in the Soviet Union.

A total of 190 students participated in the workshops. Some students were so interested in the project that they decided to organize documentary screenings at their school themselves.

"I used to turn up my nose at documents, now I understand what their purpose is."

Of course, not all students want to take this path, but they appreciated the workshop nonetheless. “I used to turn up my nose at documents, now I understand what their purpose is,” said one of the students Marek. Many students appreciated learning how documentary films are actually made and that it is very important to look at a topic from different angles. Many times in the feedback, students mentioned that it is important to respect others and not judge them. This was encouraged by the debates where they could exchange views with their classmates and try to get their point of view. The lecturers of the individual workshops were also positively evaluated, especially their very good preparedness, professionalism and willing and active approach, which had a learning benefit for the students. Thanks to the feedback, we also know what to focus on in the future. For example, some students mentioned that they would like to discuss current topics more and also some of the controversial topics such as mental health issues or addictions.

The first workshop took place at the Gymnázium Josefa Jungmanna v Litoměřicích for the social sciences seminar, which was attended by 25 students and other volunteers. On September 21th the students watched the documentary Town of Glory and on October 12th the film was followed by a workshop on a topic documentary and propaganda, led by documentary filmmaker Jan Látal and media education teacher Michal Kaderka. 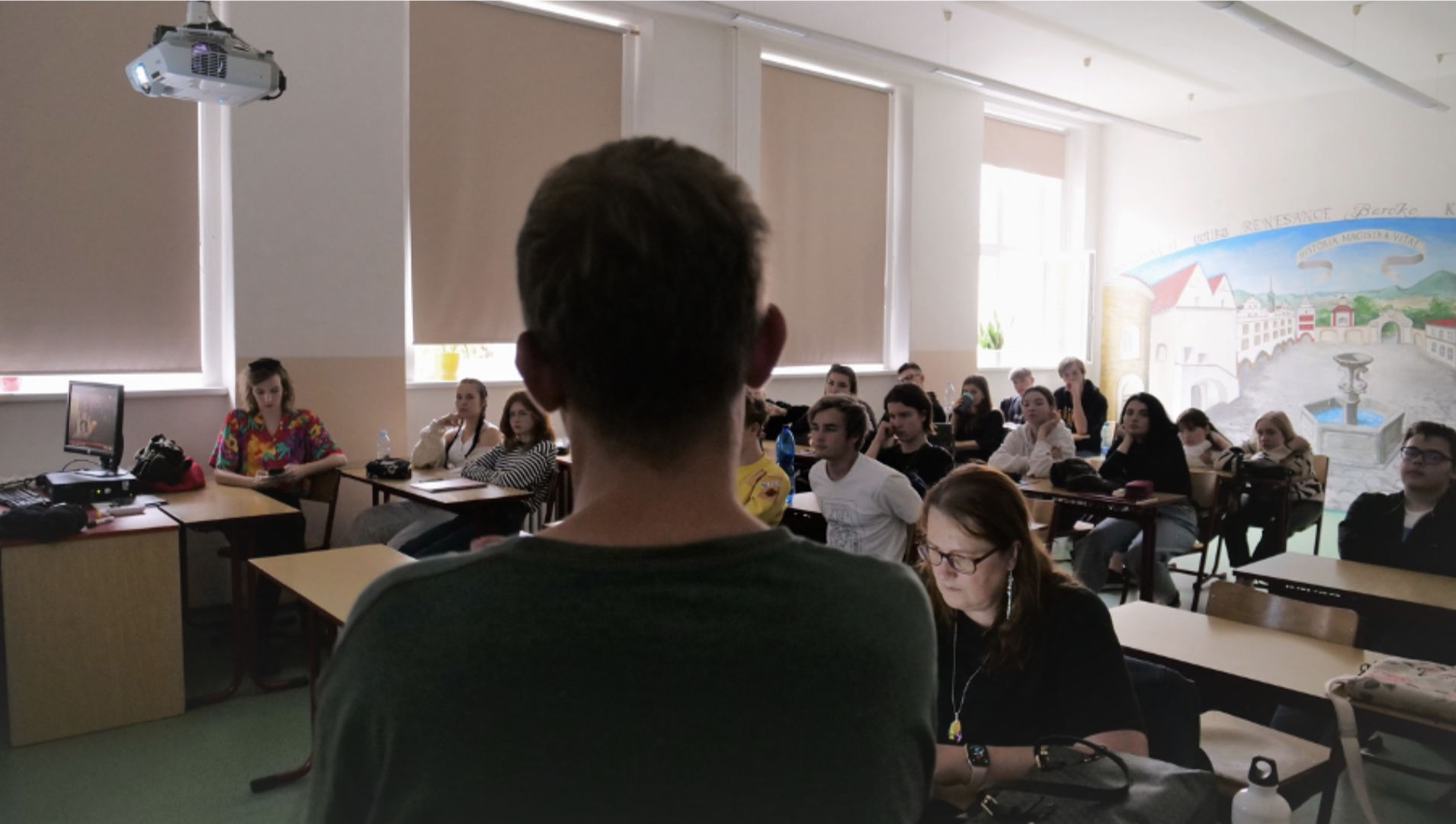 “I am very pleased that the theory students encounter in class materializes in practice, which is furthermore underscored by a prominent figure from the film industry. The meeting within the KineDok project greatly expanded not only the pupils' knowledge but also their practical skills. The pupils participating in these meeting are humanities-oriented and many of them wish to work in the artistic sphere in the future, so I see a great sense in this project, as it strongly promotes intrinsic motivation in the students,” says Patricie Michalová, a teacher at Gymnázium Teplice.

On October 19th, students from Schola Humanitas also watched the documentary Town of Glory. A total of 48 students attended this screening, and then a day later they took part in the workshop on documentary and propaganda with lecturers Jan Látal and Miloš Gregor. “We chose to cooperate with KineDok because it offers interesting documentaries on current topics that “move the world”, says David Malát, the head educator. 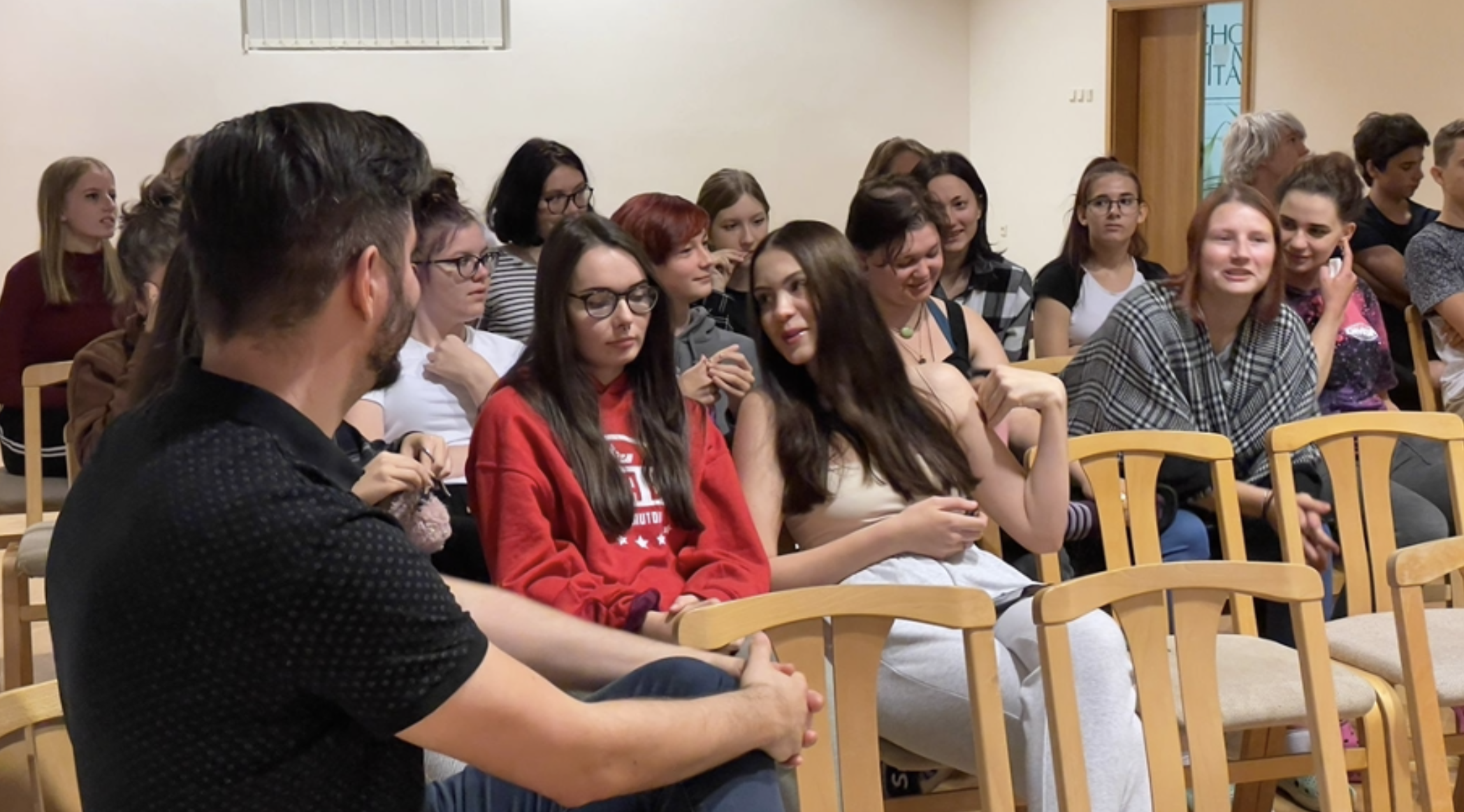 On October 20th, students from Gymnázium T. G. Masaryka v Litvínově had the opportunity to watch the film Town of Glory and on the same day they had a workshop with Jan Látal and Miloš Gregor. In November, students Klára Hochelová and Jakub Liška decided to set up a KineDok film club at their school and organize screenings themselves. On November 30th, the first screening of this student club was successfully held with the students choosing the three films about fake news to be screened.

At the beginning of November, a series of three short films about fake news were also screened to 30 students, followed by a workshop on documentary and fake news with the director of one of the movies, Ondřej Šálek, on November 15th.

“We would like to thank KineDok for providing access to interesting films and for organizing follow-up programs, which as a result greatly enriches the world of students, but also their teachers, and gives us another way of looking at various real-world topics,” says deputy director Lenka Lichtenbergová. 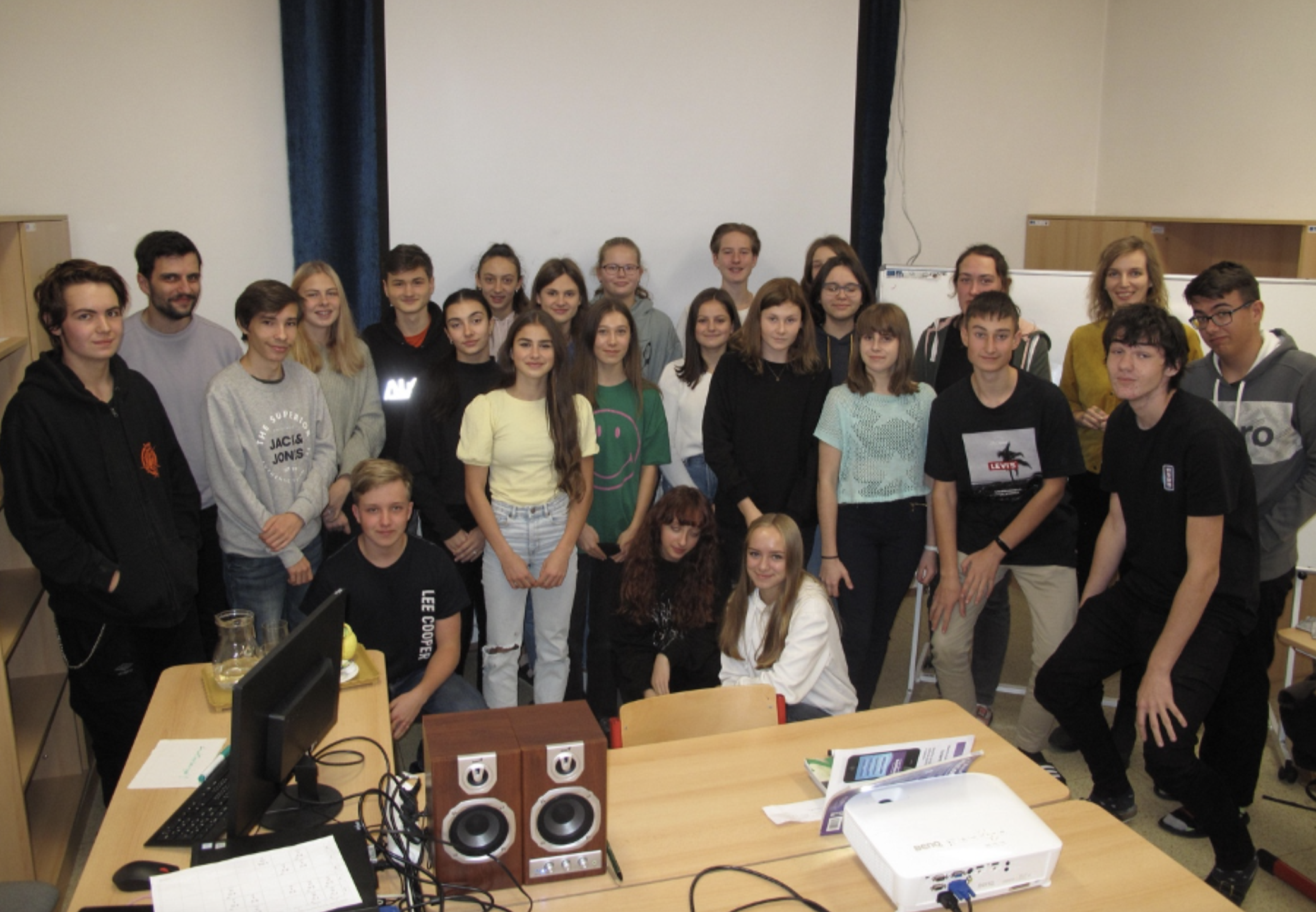 The aim of KineDok is to bring the most interesting Central and Eastern European documentaries to the audience through alternative distribution, for example screenings in non-traditional spaces such as cafés, bars, churches or schools. If you too know a high school where KineDok School film clubs could operate, be sure to let us know! 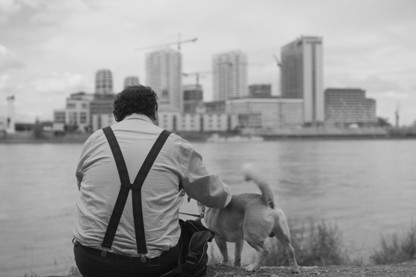 Introducing our new collection of films for 2022 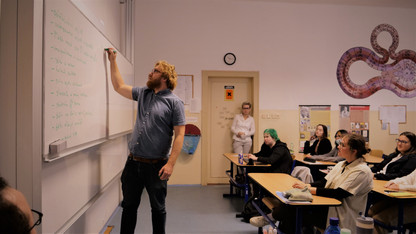 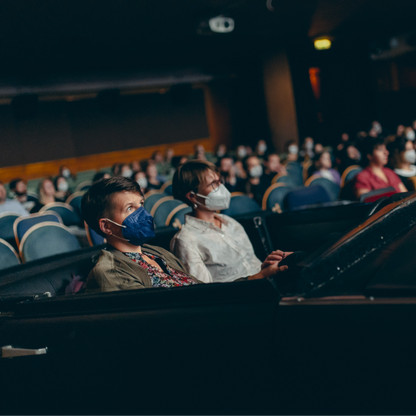 All Articles by topic What's new